Throughout my career, I’ve helped organizations think of creative ways to (1) harness new technology to maximize effectiveness, (2) collect relevant data to measure and improve performance, and (3) use data to tell compelling stories to customers and stakeholders. In 2015, I became CAT Squared’s marketing manager. In this role, I monitor industry trends to (1) ensure our products are flexible enough to adapt to new industry standards and (2) prepare our customers for new technologies with the potential to disrupt the industry. I’ve represented CAT Squared as a participant in a blockchain learning group that has grown out of Blockchain for Arkansas (BC4AR), an initiative launched by Governor Asa Hutchinson to promote capacity building around blockchain technology. As my own knowledge and capacity grow, I develop new content to educate our supply chain partners and help them prepare for the transition ahead. Prior to launching my career, I graduated magna cum laude from the University of Arkansas at Little Rock (UALR) with a Bachelor of Arts degree in professional and technical writing and a double minor in sociology and information technology. I later returned to UALR and completed the MBA program. Before joining CAT Squared, I applied my passion for data-driven storytelling to help nonprofits define their goals, track program metrics, and engage donors and community stakeholders in their missions to fight hunger, poverty, and homelessness, first as a program manager for the Our House Homeless Shelter in Little Rock, and then at The Salvation Army Central Arkansas Area Command. 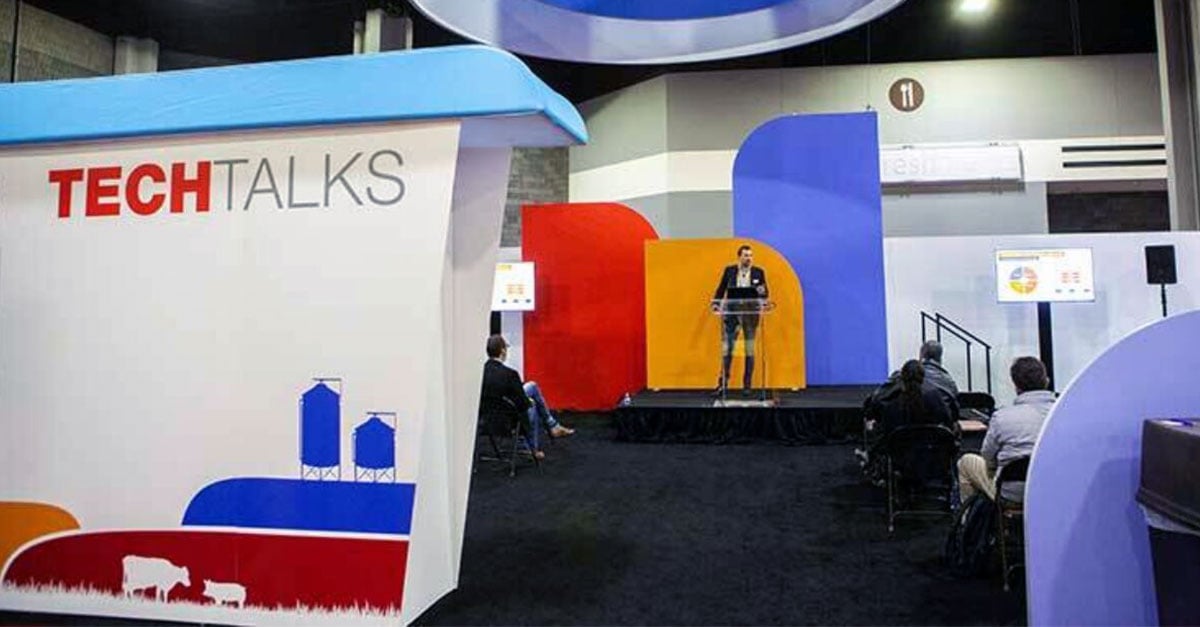 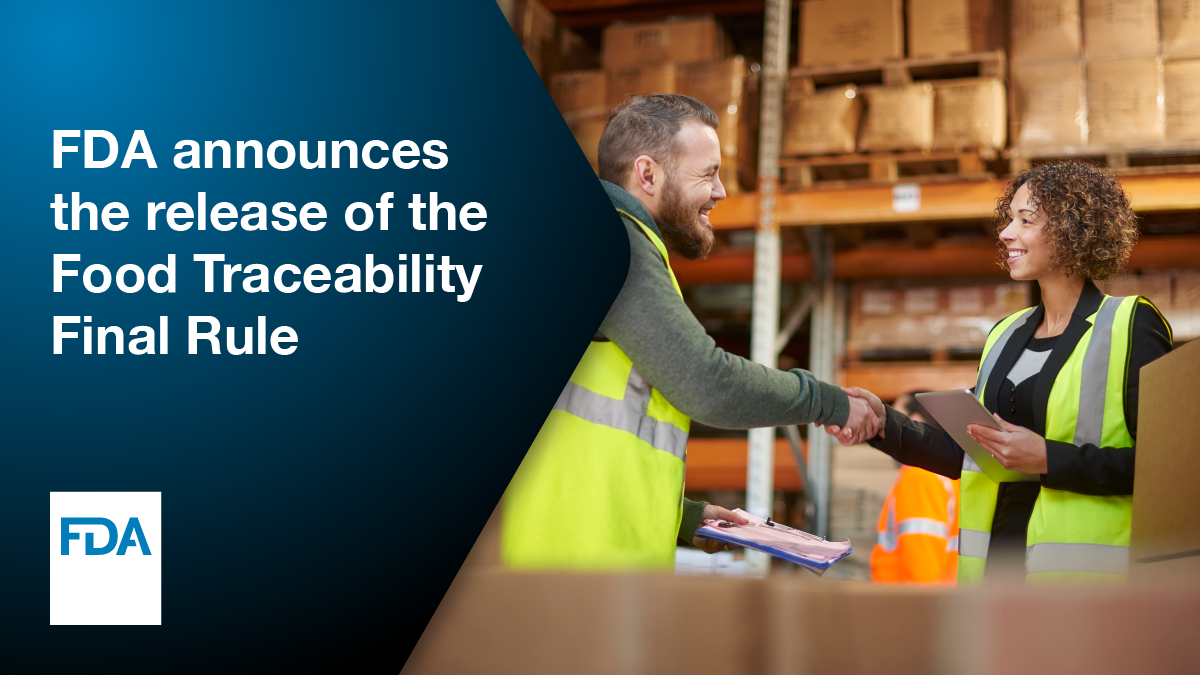 New FDA traceability requirements are effective January 20, 2023. The FSMA Final Rule: Requirements for Additional Traceability Records for Certain Foods includes a requirement for those who manufacture, process, pack, or hold foods on the Food Traceability List (FTL) to establish and maintain records containing Key Data Elements (KDEs) associated with different Critical Tracking Events (CTEs). The FDA notes that while the proposed requirements only apply to those foods on the FTL, “they were designed to be suitable for all FDA-regulated food products. FDA would encourage the voluntary adoption of these practices industrywide.” 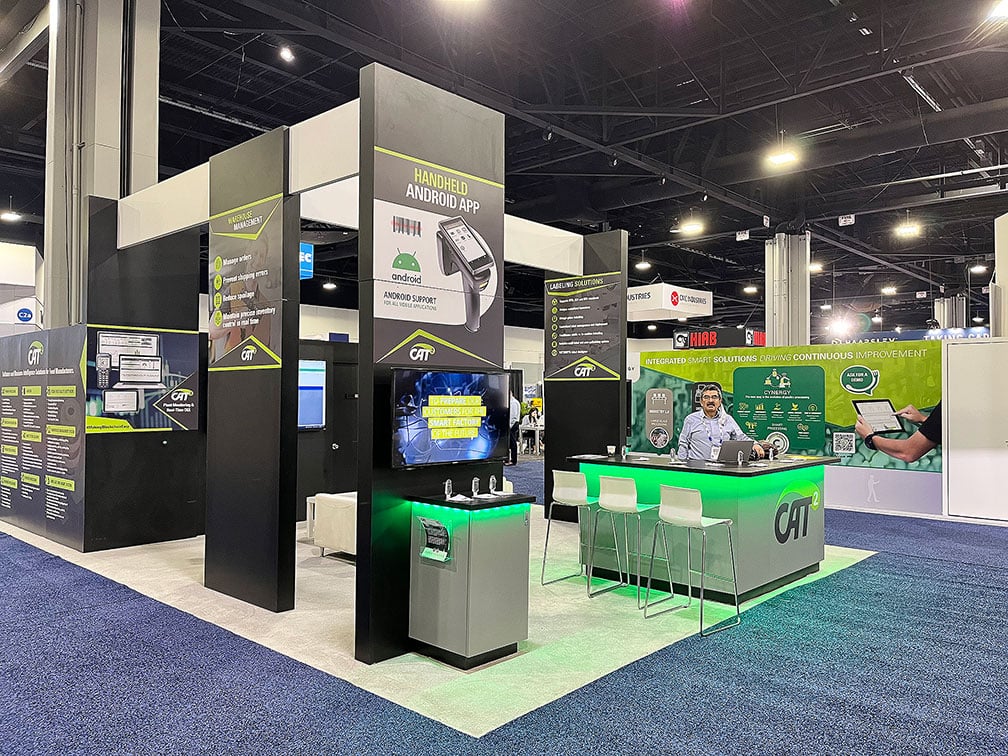 The First 5 Steps to Digitize Your Plant-Floor 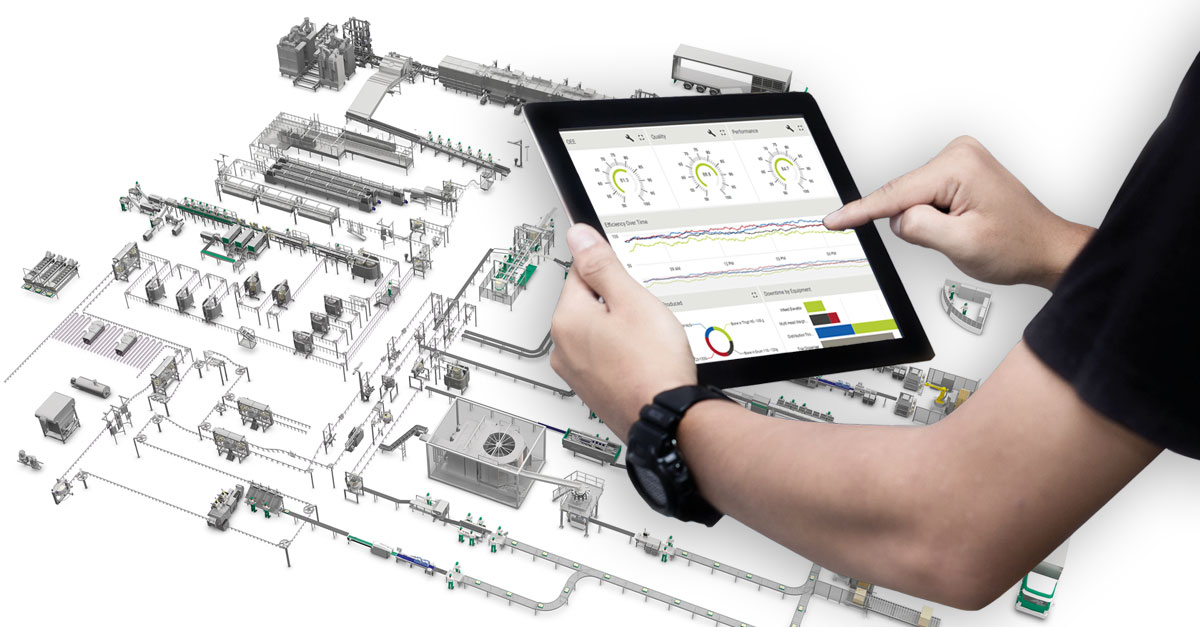 If you’re a protein processor that has yet to take a significant step into the world of Industry 4.0, you're not alone. Globally, 90 percent of manufacturing companies are Digital Novices, Followers, or Innovators, and less than one-third are well-advanced on their digital journey. If you are just starting out, here are five practical steps to help meat and poultry processors improve manufacturing performance by digitizing their plant floor operations with Industry 4.0 technology.

Last Chance to save $100 off the Registration Price

The theme of this year's User Summit is Accelerating Continuous Improvement by Applying Industry 4.0 to Protein Production. CAT Squared along with our CTB sister companies are building a fully integrated platform that enables smart-manufacturing concepts such as the application of AI and machine learning to manufacturing processes. Several keynote presentations will demonstrate how these Industry 4.0 principles are being applied to meat and poultry processing.

5 Reasons Why Meat & Poultry Processors Should Attend the User Summit 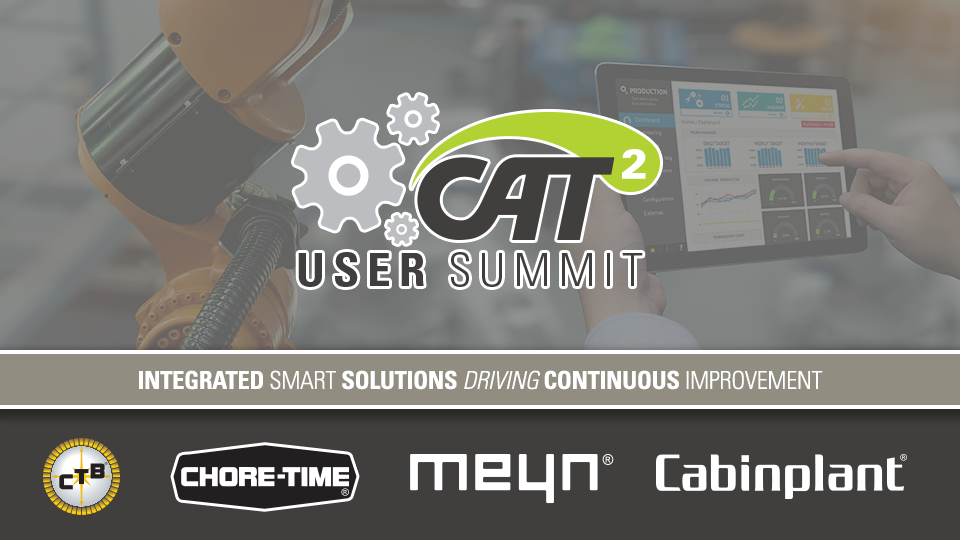 The CAT Squared User Summit is designed to add value to food production operations by sharing best practices in the industry for adopting new technology in manufacturing processes. This year's Summit will be hosted at the Winthrop Rockefeller Institute atop Petit Jean Mountain. The Institute provides an inspiring, secluded, historic setting to learn, connect, and innovate. This year's theme is Accelerating Continuous Improvement by Applying Industry 4.0 to Protein Production. Here are the top five reasons meat and poultry processors should attend the User Summit:

CAT Squared Named Finalist for Arkansas Business of the Year

CAT Squared has been named a finalist for the 34th Annual Arkansas Business of the Year Awards, which recognizes the state’s top businesses, nonprofits, and executives. 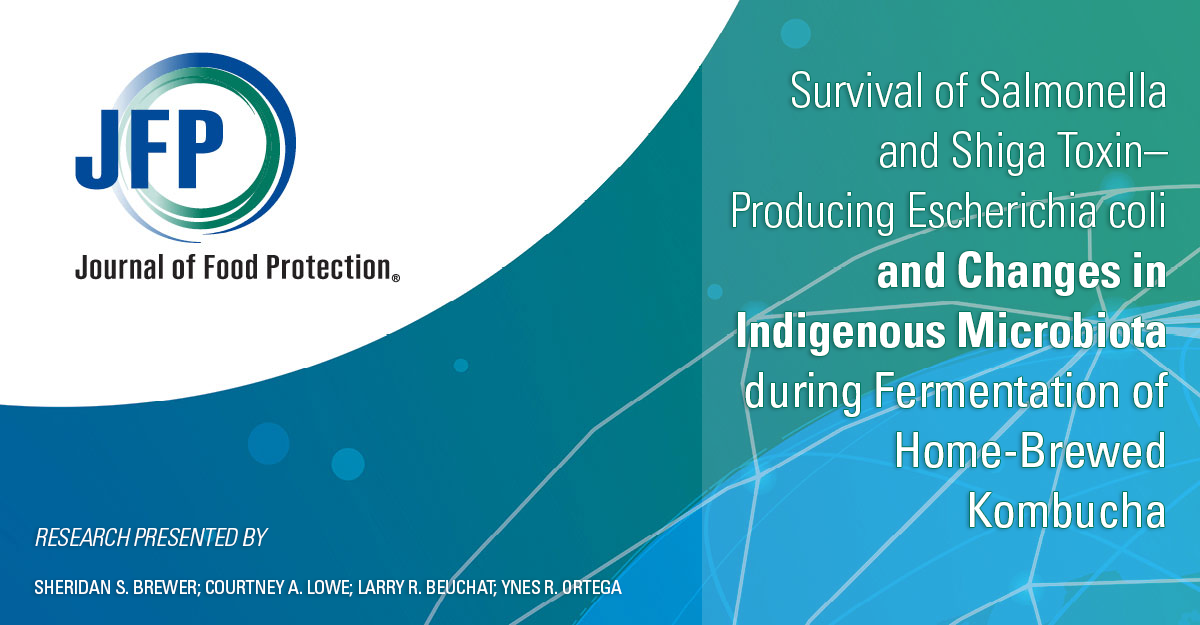 Brewer was part of a research team from the University of Georgia that investigated the viability of foodborne pathogens and changing microbial community dynamics in the popular fermented beverage, kombucha. Results were collected using four different home kombucha-brewing kits over at least two 14-day trials of fermentation period for each kit brand. The different microbiota groups, including Lactobacillus spp., which are often recognized as the probiotic cultures in kombucha, surmounted a large population by the third day of fermentation and stabilized after that. The foodborne pathogens studied – Salmonella spp. and Escherichia coli – were, surprisingly, able to survive in small numbers ( &lt; 10 -100 CFUs/mL) to the end of a 14-day fermentation period in some kits. However, on average, both pathogens demonstrated a 5-log reduction or greater in population numbers by day 10 of the fermentation period. A 5-log reduction (death of 100,000+ cells/mL) of pathogens is the same standard applied to juice products in HACCP guidance from the U.S. FDA, which could be considered a reasonable standard to apply to this same raw, unpasteurized product.

Overall, researchers determined the indigenous microbiota (“probiotics”) in the beverage did not play a strong role in influencing the survival of any pathogens, but instead, survival was strongly influenced by changes in pH (increase in acidity). The type of base tea used to brew kombucha did play a significant role in the survival of pathogens; kombucha brewed from an oolong/black tea mix demonstrated the most rapid reduction in pathogens as opposed to kombucha brewed with green tea. Lastly, strict hygienic practices were recommended for the preparation of the fermented beverage because the combination of sugar content, water activity level, and gradual change in pH in kombucha fermentation were able to provide a perfect storm for the development and survival of some acid-resistant pathogens.

"CAT Squared wants to congratulate Sheridan on his great accomplishment," said CAT Squared CEO Vernon Smith. "We're proud to have such a driven, talented mind on our team." 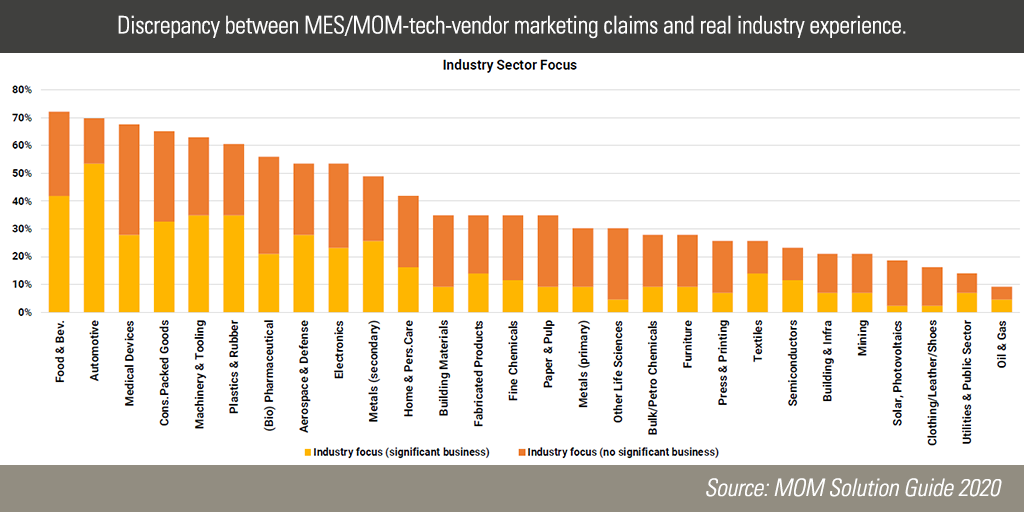 The 2020 pandemic has accelerated the adoption of Industry 4.0 technologies among manufacturers. In the wake of lockdowns and social distancing measures, manufacturers are vulnerable to their dependence on manual labor, and this vulnerability is driving them to look at automation. The Manufacturing Operations Management Institute (MOMi) has released the MOM Solution Guide 2020 as a resource for manufacturers looking for technology vendors with solutions aligned to their industry. The 475-page Guide tracks trends in the MES/MOM industry (Manufacturing Execution Systems / Manufacturing Operations Management). This year, the report included feedback from MES suppliers from around the world who submitted data on 43 MES products, their services, technologies, quality, and industry focus.

Stefan’s Retirement Journey: A look back on an incredible career 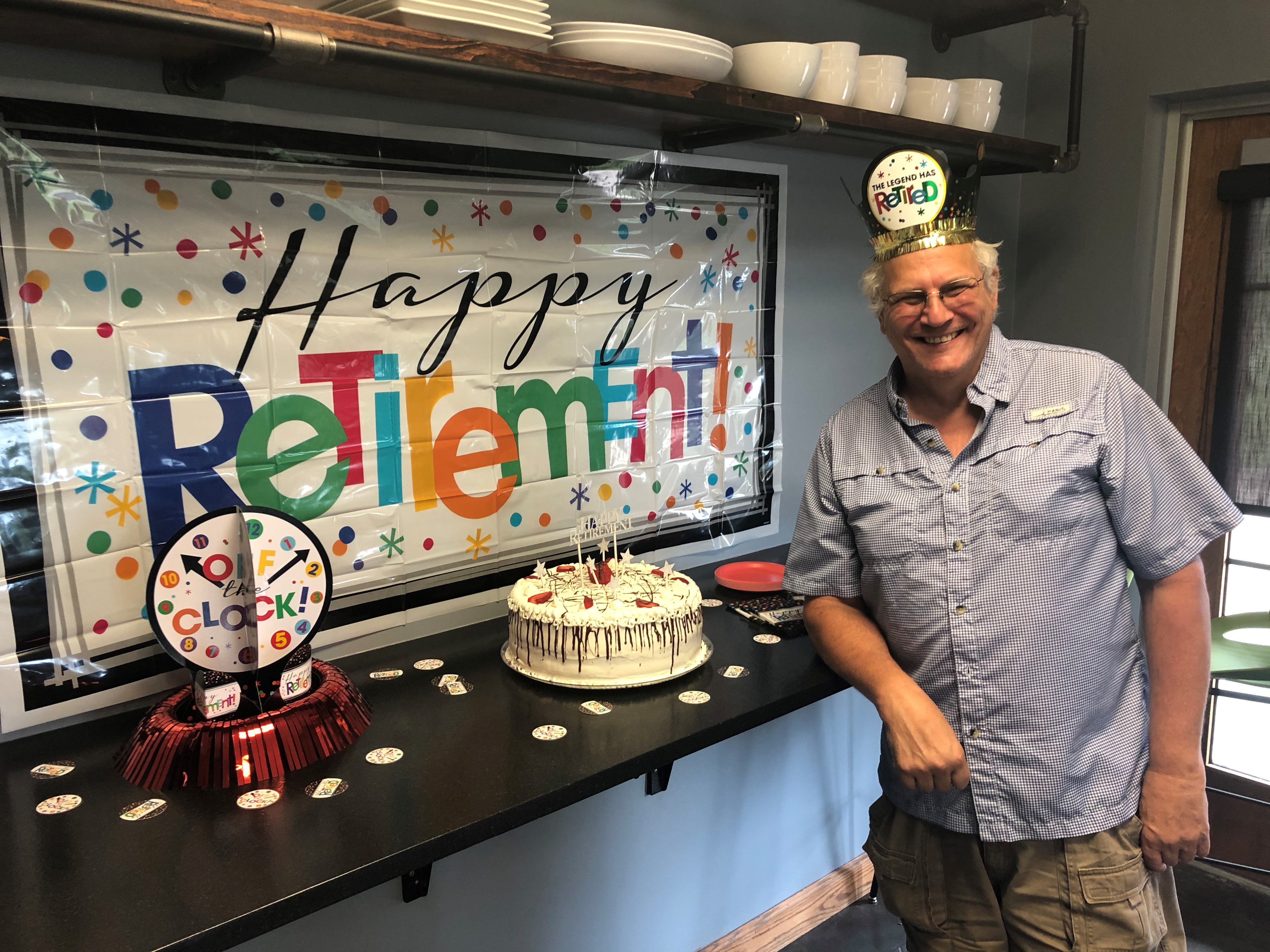